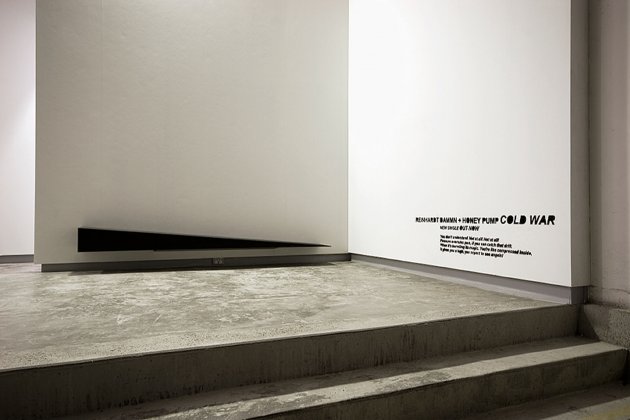 For his debut exhibition at BREENSPACE Scott Redford asserts that contemporary art has now become indistinguishable from an impossibly 'aestheticised' wider culture. There is now no difference between conceptual art and the 'real' world.  As Jean Baudrillard says: 'The revolutionary idea of contemporary art was that any object, any detail or fragment of the material world could exercise the same strange attraction and ask the same insoluble questions as those formerly reserved for a few rare aristocratic forms called art.'In Reinhardt Dammn Cold War Redford casts recent contemporary art as a form of fiction by remaking works in his 1980s style and then 're-assigning' the authorship of such work to a fictional character from a proposed feature film. Redford asks serious questions about how value is ascribed in current art and how the canon of contemporary art is formed and maintained. For Redford art itself has changed irrevocably and may indeed have ceased to exist. It is this new status for art that should now be art's primary focus.

"You don't understand. Not at all, not at all.
Pleasure overrules pain, if you can catch that drift.When it's barrelling its magic. You're like compressed inside- it gives you a high, you expect to see angels!"                             Reinhardt Damnn, 2008 (boy who looks like Reinhardt / casting department source material)