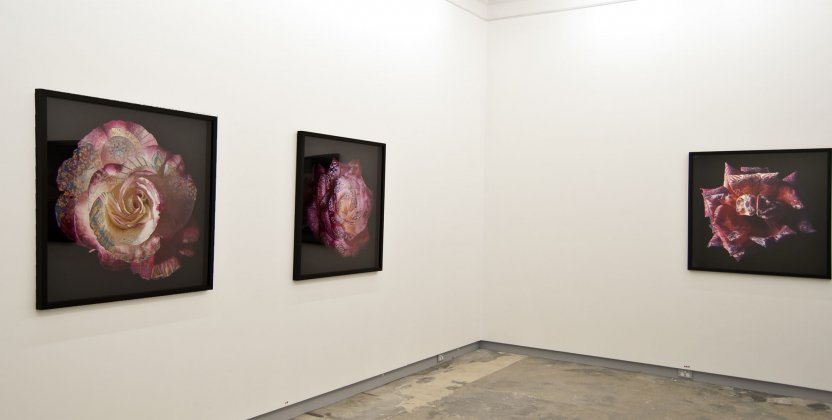 Phillip George works with imagery made while traveling throughout the Middle East.For his first solo exhibition at BREENSPACE, Edge of Empire, Phillip George presents a series of photographic murals, a suite of photographs and a sculptural work exploring the nature of art, politics, ideology and the nature of mediated representation that is our contemporary condition.There are two major components to the exhibition, the Landscape (Borderlands) depicts the borderlands of empire, the landscape of past, present and future conflict.The Paradise Suite is a series of five photographs of roses incorporating Eastern and Western religious motifs, stemming from the ubiquitous struggle for national identity. By using symbolic representations of paradise and the eternal, Phillip George has created a poetic platform for story telling and building identity. These emblematic works explore notions of resistance and martyrdom within contemporary political and ideological traditions. Edge of Empire oscillates within contemporary and historical cultural traces.