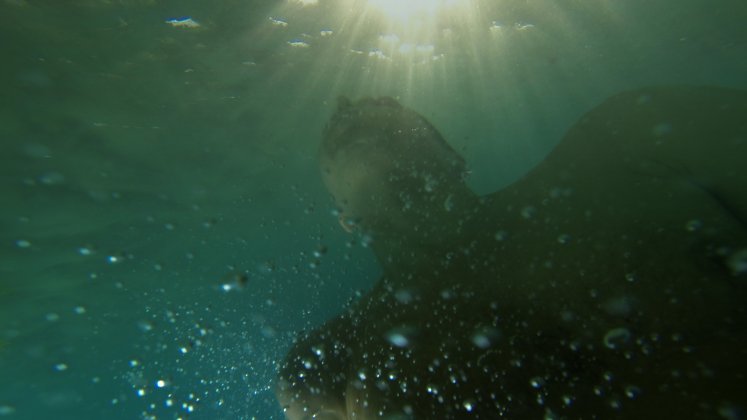 'I'm much more fascinated in how we think about how we think, than I am in the actual process of thought itself. These attitudes and beliefs about thinking underlie how we inhabit both ourselves and the world.'
In Experiments in Proximity, John Tonkin presents two responsive video works that continue his ongoing research into perception and cognition; exploring ideas of interiority and presence. Experiments in Proximity, relates to the underlying interactivity that is controlling these works but also, perhaps more importantly, to the idea of proximity as a concept for thinking about how we perceive and exist in the world.
We encounter a swimmer hovering underwater, and other moments from everyday life; a bar, a bus journey, an exhibition opening, and the shared space that is created when we move through the world with another. The viewer is located within a kind of first-person temporal play made up from different moments of lived experience. The sensor-driven interactive video systems respond to the viewer’s proximity to the screen, forming a dynamic coupling between the motion of the user’s body and the resulting real-time manipulation of video and sound.
These works explore the dynamic tension between retreating from and attending to the world, and hint at the fragmented nature of our internal and external identity.