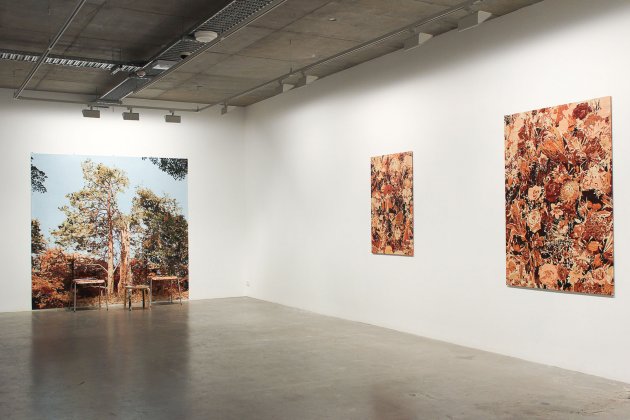 For his third solo exhibition with BREENSPACE, Gary Carsley has as the central figure a portrait of Gough Whitlam on his first state visit to China (1973), to meet with officials following the Cultural Revolution. Whitlam’s symbollic decision to open communication and trade lines with China on Australia’s behalf was extremely progressive, and preceded the state visits of the USA and the UK. It marked a new era of dialogue with the region that was not previously possible.

'Sub/Dub' is part of a broader project by Carsley that looks to pivotal moments in Australia’s history that continue to affect and inform our experience of the present. Key professional and amateur photographs have been sourced that document important moments of Australia’s transformation from 1972–75, an era in which Whitlam made bold reforms towards his vision for the country the effects of which continue to resonate today. Carsley has established a working methodology that technologically and aesthetically intrudes on the photograph and is a political intervention into photography’s link with the real.

Carsley has rendered a photographic portrait of Whitlam in various types of marble. The ‘truth’ of the image is evacuated of its reality and supplemented by veneer samples of marble, constructing an alternate view of a particular time and space. The photograph—gained from the Whitlam Estate was taken by an amateur photographer—is rendered in a material that alludes to historic weight and commemoration. Conversely, the marble contact is a masquerade, a stand-in for the grandeur of real stone. Depicting the ‘people’s Prime Minister’ in a domestic material available to everyone creates a playful and democratic tableaux in which high and popular cultures collide.